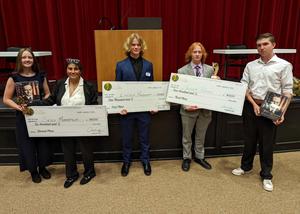 Three students received invitations to the National Championship in July

The team, coached by Jeffrey Stoppenhagen, will start local competition in the district in mid-October.