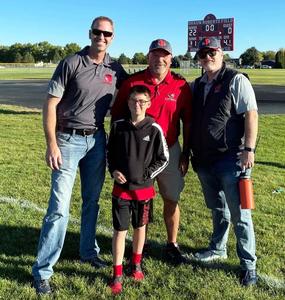 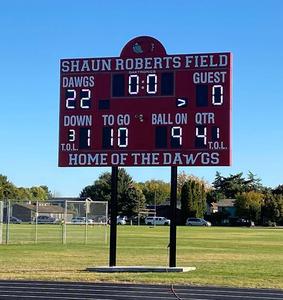 West Middle School teacher and coach Shaun Roberts was surprised at a recent home football game by an announcement that the field, and the school’s new scoreboard, were being named in his honor.

Roberts started working at West Junior High (now Middle School) in 1989 and has been teaching and coaching there ever since. He has led the school to seven football championships for West and also has coached wrestling, and track, as well as serving as athletic director.

“Shaun’s No. 1 goal in teaching and coaching is to positively impact students and provide a place where students can belong and be cared for,” said current Athletic Director Jeff Miller. “He is the model for what we want West football to be as we move forward.”