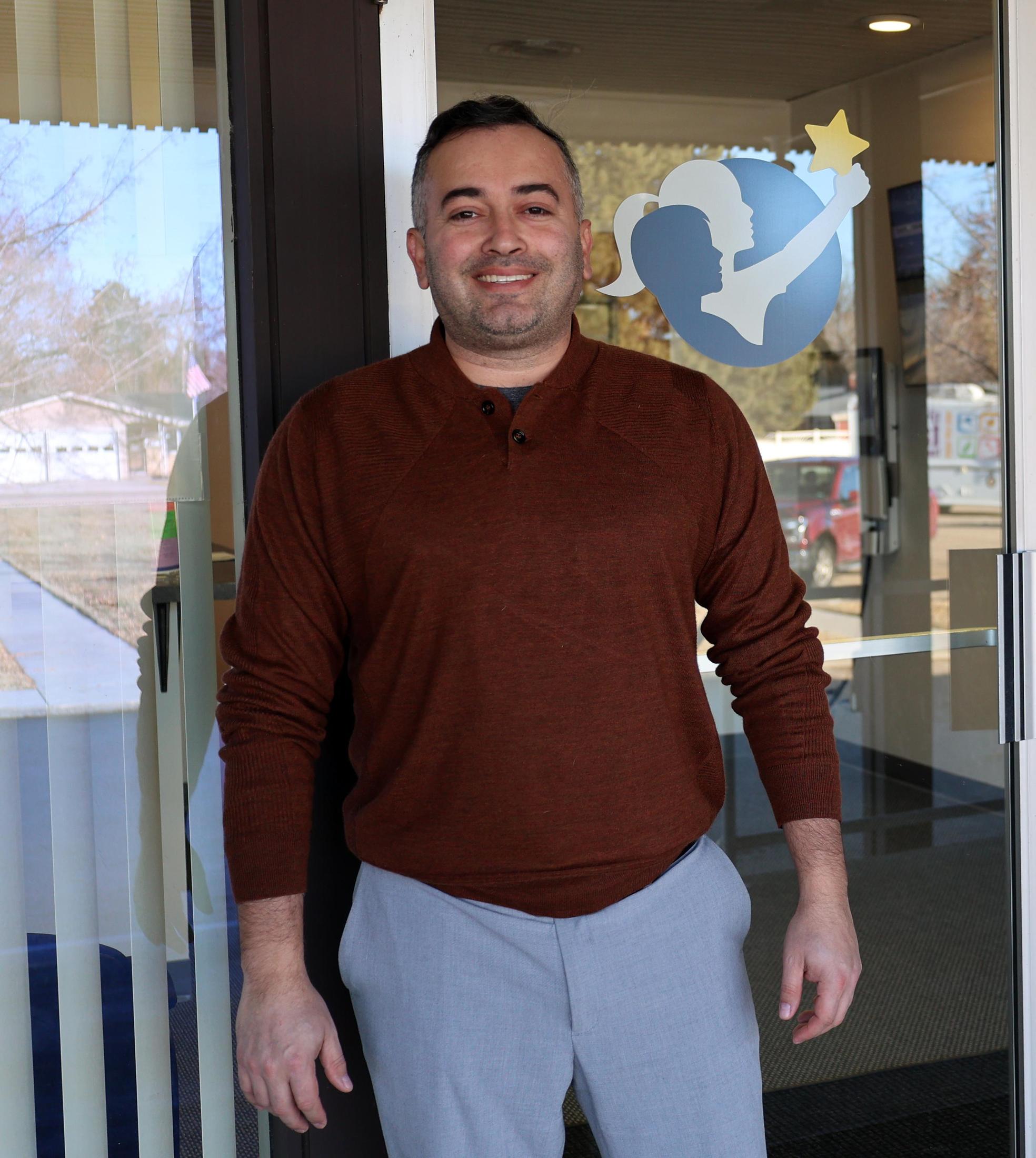 Technically, Jesus Pereyra works as a Spanish “interpreter and translator.” But in reality, he’s more of a communicator who facilitates connections.

“I am the connection between the parents who cannot communicate in English and their children’s teachers and administrators,” he says.

Jesus remembers how frustrating it can be for someone who is new to this country, its language and culture when they cannot adequately express themselves. Helping them embrace the new opportunities available to them, especially a great education for their kids, is hugely rewarding.

Jesus has been with the Nampa School District for close to three years and has worked as a translator and interpreter for about 14 years. He loves what he does and the satisfaction of working as part of a team to assist families.

Family has always been important to Jesus, who is married to wife Laura and has two children. His son Neo is 13 and daughter Lyna is 11. Both children attend NOVA, where they are happily thriving.

He also has warm memories of his childhood in Culiacan, Mexico, playing soccer in the streets until nightfall and spending time with his two brothers and his sister.

“It was a nice childhood home,” he says. “You could play until late at night at the public sports arenas and hang out with your friends. It wasn’t dangerous.

He was a good student, earning high marks on his report cards. He loved science, math and history, but not computers. His ADHD made learning difficult at first, until an older teacher in first grade recognized his symptoms and provided kind and purposeful one-on-one tutoring for him.

“She took a hyperactive kid and taught him to read in two months,” Jesus recalls. “She was a wonderful teacher.”

His high energy sometimes got him into trouble, like the time he fell as a 6-year-old and ended up with a metal spike through his head. “There was literally a hole in my skull that just missed my brain,” he says. “There was a lot of blood. The doctor told my mother that if it was just one centimeter over, I would have died.”

He feels blessed that there haven’t been any residual problems over the years, other than a tendency to feel pain in his head when it’s cold. He often wears a felt hat in winter to counter the effects.

He names his mother, who passed away four years ago, as the strongest influence in his life.

“She was single when she had me,” he says. “She later married but still had the full responsibility to teach us our core values and life lessons as my stepdad didn’t contribute much to that aspect of my life.”

He remembers his mother as strong and brave, someone who taught her children, in a society that treated women badly, how to be gentlemen.

“My mom always taught that men and women had the same capabilities. She taught us that we were different physically but equal in respect.”

She also taught him how to clean the house, but not how to love doing it. “I hate to clean the bathrooms,” he says, “and I don’t like to wash the dishes.”

He does enjoy soccer, a game he grew up mastering to the point that he considered making it a professional career. He plays on a pickup team whenever he can and enjoys watching the World Cup, where he cheers for the Mexican and Croatian teams. His favorite player currently is Luka Modric, who wears jersey #10 on the Croatian team.

And he loves the Bible and volunteering at his church, teaching Bible classes and providing general assistance with worldwide aid.

Should he ever become fabulously rich, he believes it will be through hard work, and not some chance event like the lottery.

“When you earn it through hard work, you know how to do it and nobody can take that from you,” he says. “Even if everything crashed, like during the Great Depression, you would be able to recover.”

That’s important to him because he would love to be able to financially support programs like the federal McKinney-Vento program aiding homeless families. “That’s a concept that doesn’t exist in every country,” he says. “And it should. Programs like that can make a huge impact in the life of someone.”

In the end, Jesus hopes he’ll be remembered as a friend. “Many people admire an accomplished career, like so many famous soccer players. Pele was the greatest, but for me, being a friend and making a good positive impact in life is better.”