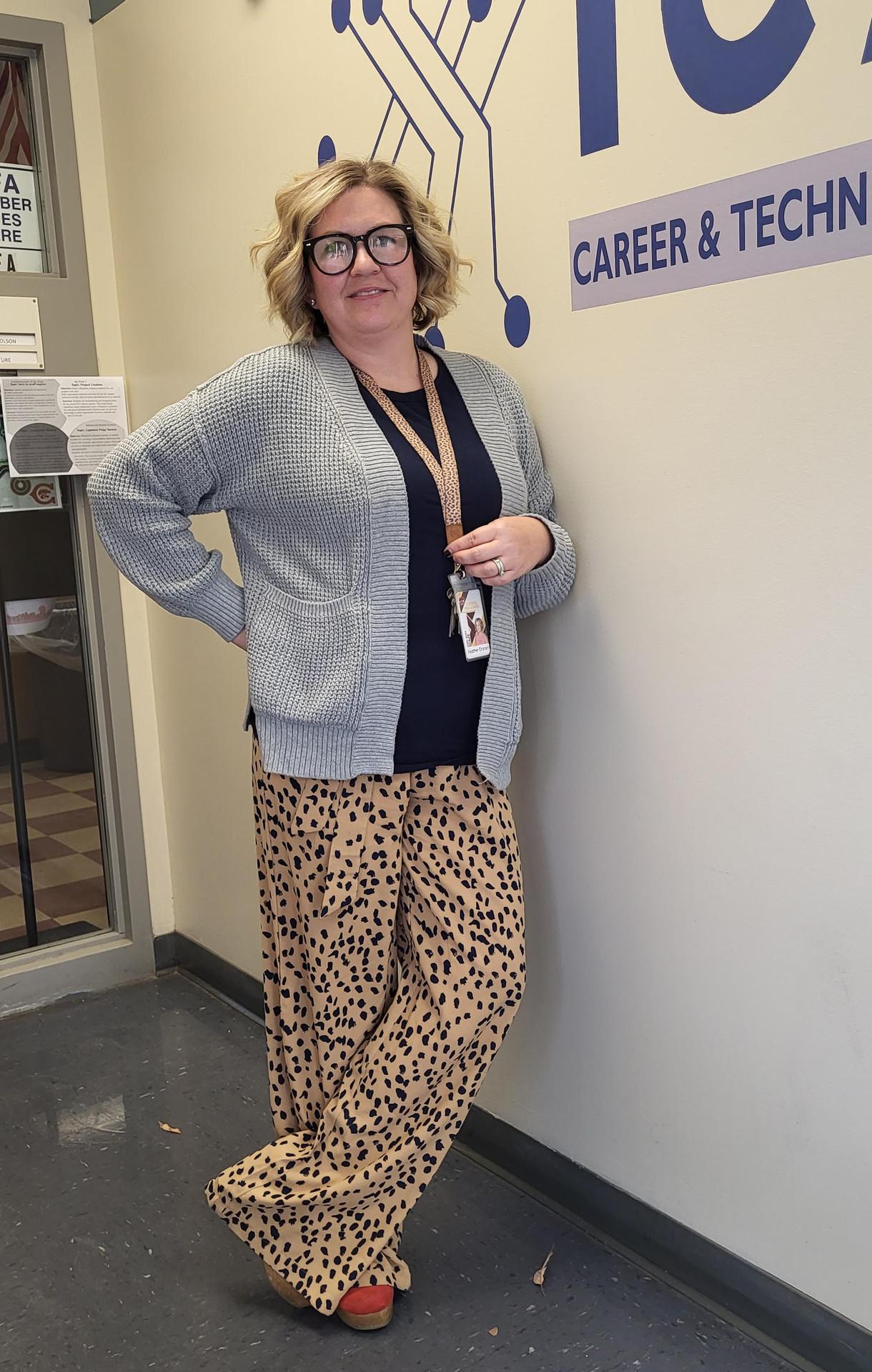 Heather Graham clearly has a soft spot for kids. Her childhood dream was to be a kindergarten teacher because in her opinion, “5- and 6-year-old kids are the best thing to happen to the world.” While she didn’t end up teaching, she does help students learn and grow on a daily basis.

Heather is the project manager for the district’s Career and Technical Education (CTE) program, doing bookkeeping, ordering supplies, managing travel arrangements, advising student leadership and overseeing social media, among other tasks. She even gets to drive the ambulance occasionally for the EMT program.

“It’s exciting!” she said. “I like that CTE is setting up kids with life skills. They can come out of the program with a CTE diploma that reflects real-life certifications and training. I think that’s pretty fantastic.”

Heather started working with CTE in fall 2019 just a day before the district was hit with a system-wide technical “glitch,” followed months later by a worldwide pandemic. She’s pretty proud of everything she’s accomplished through all of the accompanying challenges.

“I’ve learned to do everything four different times as we add ‘normal’ back to the process,” she said. “I’m pretty proud of the work we do here.”

Heather said she is constantly impressed by the accomplishments of the 16- to 18-year-olds in the program. But then, with five girls of her own, she has lots of experience with both kids and teens.

She and her husband Brodie have five daughters ranging in age from 7 to 19. Both parents graduated from Nampa schools – Heather from Skyview and Brodie from Nampa High. Daughter Hailee is a Skyview grad who now attends Boise State. Piper is at Lake Ridge, Avery is at South, and Reagan and Madison are at Skyview. Madison currently dances with the Blue Angels, just like her mother did, making Heather and Madison the first mother-daughter Blue Angels legacy team.

Heather met Brodie on a blind date set up by her mother and her aunt. They married shortly after and began a series of moves (16 in total) across the West while he “moved up the career ladder” to his current position of regional vice president for Pacific Coast Building Products. 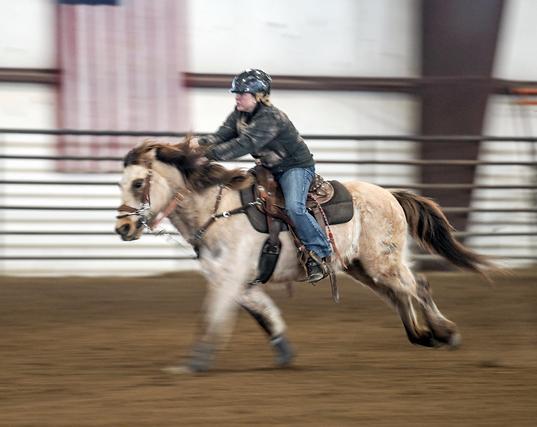 Six years ago they moved to a 1972 farmhouse on five acres of land in South Nampa. They gutted and completely renovated the home, adding pastures and a barn to care for the horses that are so dear to her heart.

Heather grew up riding horses and recently joined the Idaho Girls Rodeo Association, where she competes in the senior division of barrel racing. The association is aimed at all ages and abilities and supports multi-generational participation. Barrel racing is a new sport for her, and she enjoys sharing the activity with her daughters. “I grew up riding horses, but mostly endurance riding,” she said. “I enjoy barrel racing – I don’t do really well, but it’s fun.”

Outside of competing and trail riding, Heather enjoys time at her family cabin in Cascade, retail therapy at Target with her girls, and baking cookies, banana bread and Christmas goodies. She’s also been fortunate to tag along to places like Hawaii and Alaska through her husband’s job, and to the Tri-Cities, Arizona and Vegas for her girls’ softball games.

While she enjoys traveling, her end goal is to spend more time with her girls as they grow up and start families of their own. “If life took us to exotic places, that would be great and I’d enjoy it. But wherever my family is, that’s really where I would like to be.”

While Heather admits she’s a homebody and pretty laid back, life will always dish up confrontation and she wishes it was easier to deal with. “I’ve never been good at standing up for myself” she said. “I wish I was better at confrontation in a way where I could advocate for myself.”

She said she would love an opportunity to chat with George Washington and Abraham Lincoln, to ask them how they were courageous enough to do the things they did. “They had such self-assurance and they just did what they thought was right.”

Courage and conviction. Not bad goals to guide you through life.