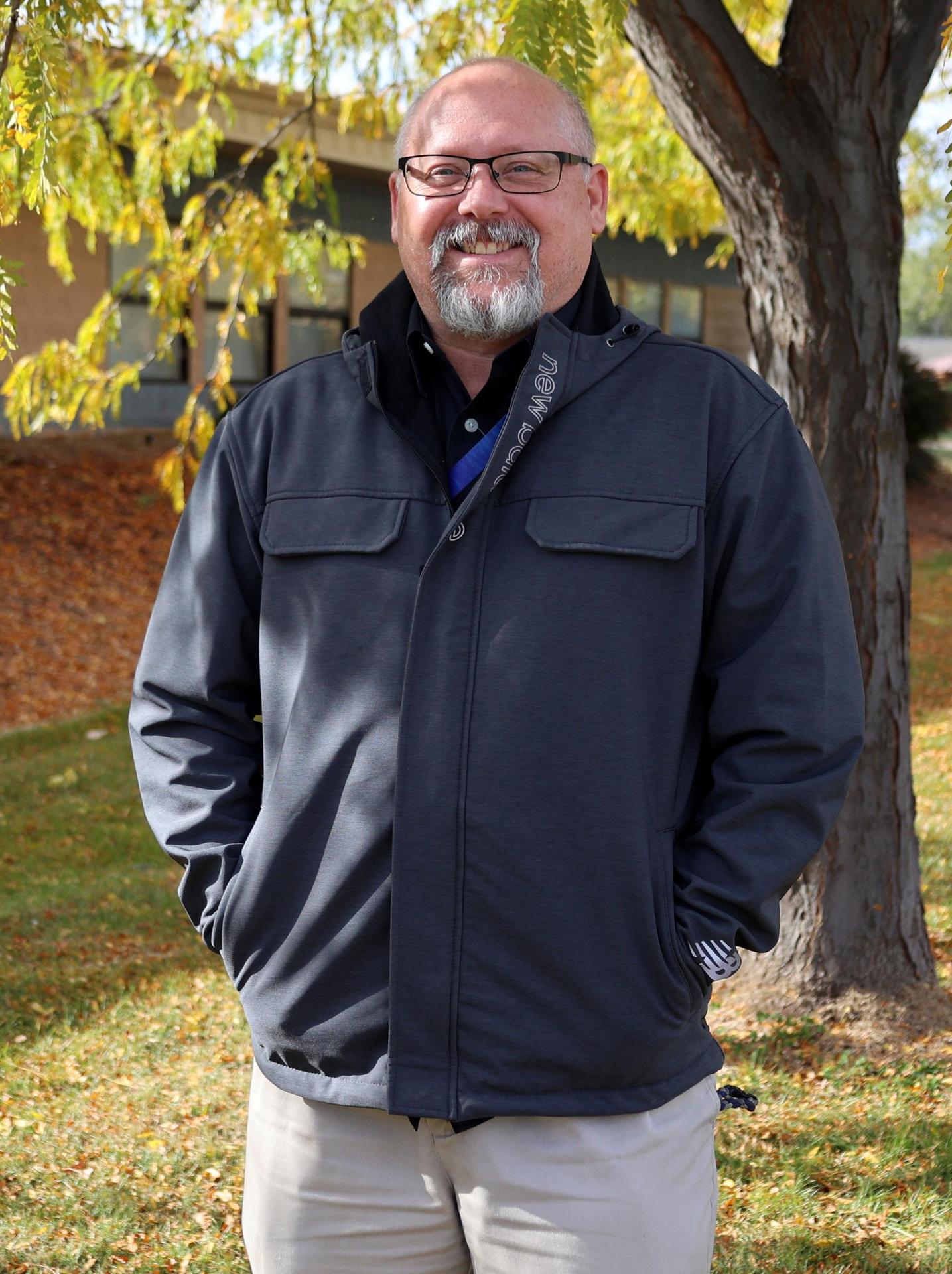 Jason Hillman has his eye toward the future. In fact, he can’t wait to see what’s coming next.

“I’m fascinated with the idea that people are living on the edge of what might be,” he said. “In my own life, I’ve already gone from a manual typewriter to a phone more powerful than any computer when I graduated from high school. I’m just so dang curious about what the future holds.”

Jason is co-creator and founding principal at Nampa Online Learning Academy, or NOVA. In that role, he helps teachers design curricula as well as develop and improve teaching strategies and supports, among other duties.

While the school was born of necessity during the COVID-19 pandemic to provide an at-home option for just under 1,000 students, it has continued to be a school of choice for about 300 students in grades K-12.

“For those who choose online learning, it’s a fantastic option,” said Jason. “It’s exciting to have some flexibility in your life and not be tied to a bell schedule all the time as a kid.”

That flexibility means that students and teachers have logged into classes from far and wide, including from Hawaii, Mexico, Florida, Alaska, Ukraine, Washington D.C. and even the rim of the Grand Canyon.

Jason has been with the Nampa School District since 1996, when he graduated from Boise State and was hired to teach at Nampa High School. He has also worked as a vice-principal/dean at Skyview High School and South Middle School, and as principal of the district preschool program and Greenhurst Elementary School.

In 2014, he stepped into the role of Director of Special Education. In May 2020, he was asked to help develop and head a brand-new online school.

But education wasn’t always his dream. He once aspired to be a professional football player but didn’t have the height. So he aimed instead for a business career. Until he got a taste of what it was like to teach and make a positive difference in the world. He changed his major from business to economics for secondary education and hasn’t looked back.

Jason grew up in the small eastern Idaho town of Driggs as the eldest of three siblings. “Growing up in Driggs was cool. It was small enough and far enough away from things that I got to experience everything,” he recalled. “I played four sports every year in high school. And I was able to snowmobile in winter and ride motorcycles in summer. I enjoyed active classes but also took two years of home economics in high school, learning crafts, cooking and sewing.”

After high school, he served a church mission to Fukuoka, Japan, where he met a lot of new people, including another young missionary named Kiyomi.

After their missions, Kiyomi came to the U.S. to visit Jason and 30+ other people on her list of contacts. She stayed a couple of days at his parents’ house in Driggs while he was on summer break from college, and it was love at second site. He dipped into his meager back-to-school clothing budget to buy an engagement ring and popped the question. They were engaged for 10 months and have now been married for 29 years.

The couple has three daughters and a son, ranging in age from 19-27. One is a music teacher, one plays guitar in multiple bands, one works at Starlight Mountain Theatre and one is the lead singer in a band. Even his wife Kiyomi sings. But while singing is a talent Jason aspires to, he freely admits he falls short.

Luckily, he has other talents that keep him active and engaged. He has kept up his Japanese language skills, which not only helps when communicating with his in-laws but also provides insight into the challenges many students (and parents) face when learning English as a second language.

He enjoys a variety of outdoor sports – in 2007 he was named rookie of the Year by the Idaho Amateur Trapshooting Association – and loves all things woodworking. He cheers for the Boise State Broncos and the Idaho Vandals (he earned degrees from both schools), volunteers at church and enjoys an occasional legal thriller.

He likes crisp autumn days when he can use both his heater and air conditioner on the same day, and he loves his family, whom he calls his greatest accomplishment.

“I like where I am today,” he said. “And I wouldn’t want to change anything. Changing my past might change who I am today.” And maybe that all-important future.

And that wouldn’t do at all.