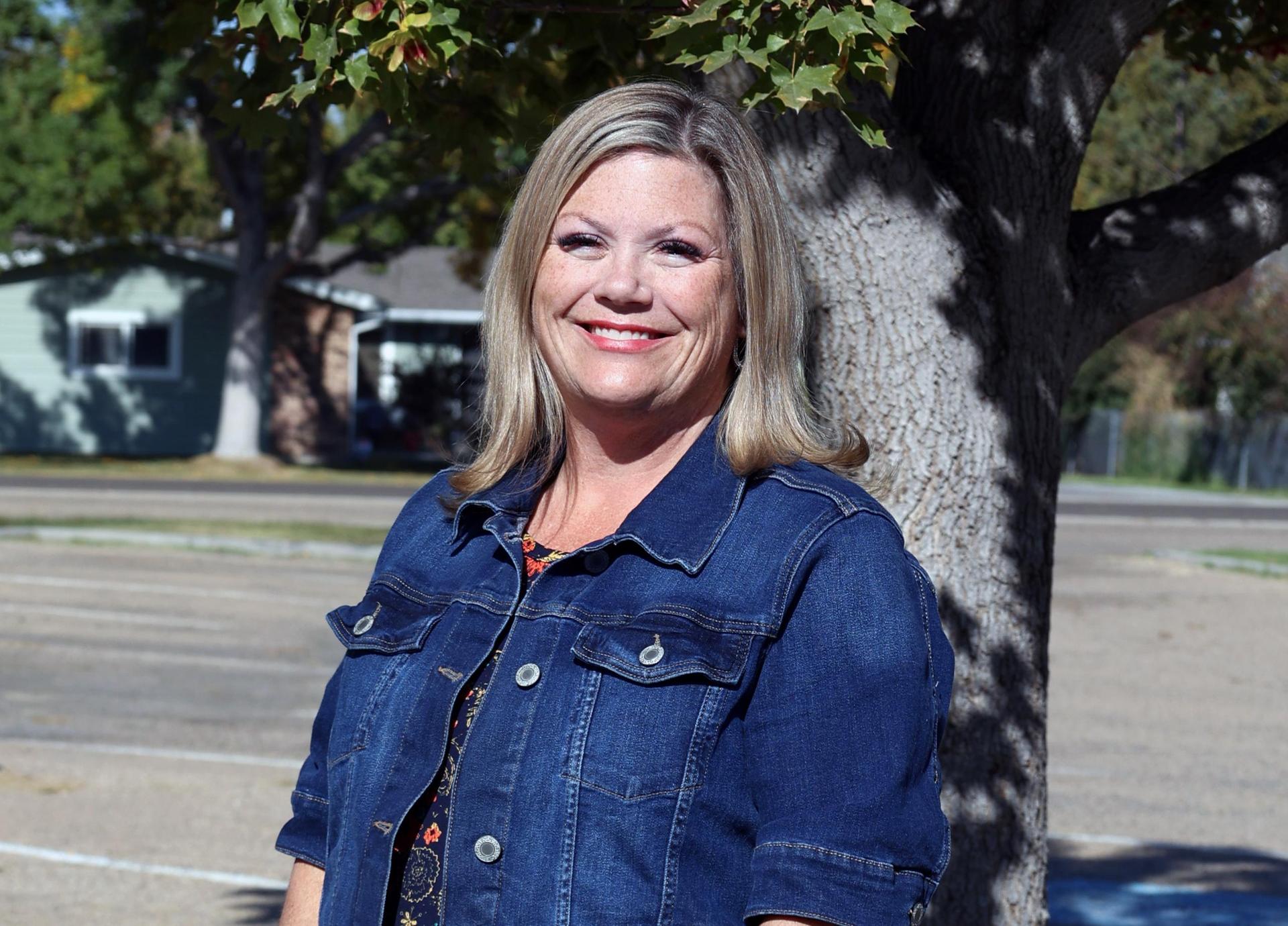 Once you’re one of Jennifer Randolph’s “kids,” you are in her heart forever. Jennifer has directed Nampa PREP (Prepared Readiness for Employment Program) for eight years and taught the district’s special education students with severe or profound disabilities for six years prior to that.

PREP is aimed at helping special education young adults transition from high school graduation to adulthood. NSD graduates who are accepted into the program learn real-world life skills, such as how to prepare a resume, write a cover letter, fill out a job application, punch a timecard, learn basic job duties, and be responsible, contributing citizens. 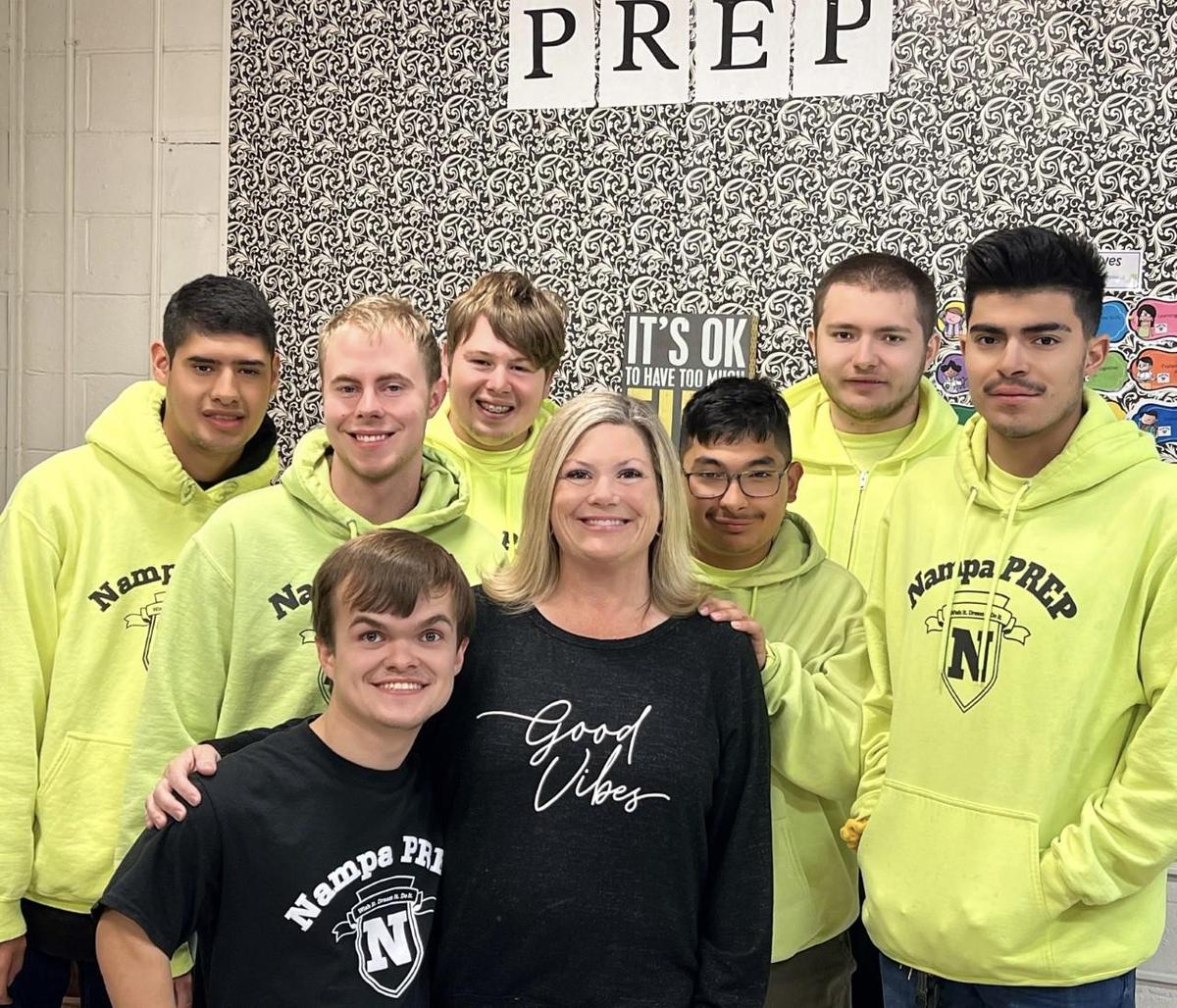 On any given school day, students can be found working a number of jobs both within and outside of the district, including cleaning for the Nampa Rec Center and Chatterbox, delivering mail and helping with food prep and catering at the NNU student union, detailing cars, baking and marketing dog treats, sewing quilts and filling district print jobs. Students are paid with in-kind donations or a paycheck routed through the State Department of Vocational Rehabilitation.

“They are happy to come to school every day and do absolutely anything!” said Jennifer. “Their exuberance and excitement showcase their abilities, not their disabilities!”

Those who know Jennifer are not the least bit surprised by her decision to go into teaching, even if it did take her a while to find her way to the classroom. As a child at play, she was always the teacher, never the student. As a teenager, she babysat, volunteered as a ski instructor for the blind, and worked at an orphanage in Mexico as part of a mission trip. As an adult, she spent 12 years caring for both of her ailing parents in her home before their death a year ago.

“I’m a caregiver by nature,” she said, as are her siblings. Her brother works in genetics at Oregon Health Sciences University and her sister is an RN who owns a spa.

After high school, Jennifer enrolled at Boise State University with plans to study nursing. Instead, she earned degrees in social work and gerontology (the study of aging). She later worked as a licensed social worker for the State of Idaho. It was during a state employee furlough that she found her true calling.

“My son was in kindergarten then and I started volunteering in the classroom. I loved it and the next thing I knew, I was asked to fill an emergency opening for a teacher in the severe and profound special education classroom at East Valley,” she recalled. “I worked that job while I earned my certification, and then earned a master’s degree in education from NNU.” She continued through the doctoral program, but never published her dissertation.

Her husband, Zac, also is a special education teacher, working at Nampa High School. Together, they have a 20-year-old son, Bryant, who serves in the Navy and is engaged to be married next year. Jennifer also has a 30-year-old birth daughter who lives in Baker, Oregon. (Read an inspiring blog post about her experience here.)

Bryant is named for legendary Alabama football coach Bear Bryant. In fact, he’s registered in the Paul W. Bryant museum in Tuscaloosa as a namesake (No. 72).

“On our first date, my husband told me if we ever had a son, he would need to be named Bear or Bryant,” she said. “At the time, I didn’t know what that meant.”

The couple also have a dog named Ali (short for Alabama), and previously owned a dog named Bama. An entire room in their house is decorated in crimson and collectible Alabama paraphernalia.

“We had to get married on a Monday so it wouldn’t interfere with Alabama football,” she said, with a laugh.

While many know she’s an Alabama fan, few people know she’s a licensed phlebotomist (she took the training with her son as part of his senior project). She’s also an ordained minister.

“I felt a calling to be able to officiate nontraditional weddings,” she said. Those include both themed weddings and ceremonies in unorthodox locations.

This makes a lot of sense when you pair it with her response to the question, “What superpower do you wish you had?”

“I would love to be able to shoot an arrow of love! I like to match-make. I think the world would be a better place if there was more love.