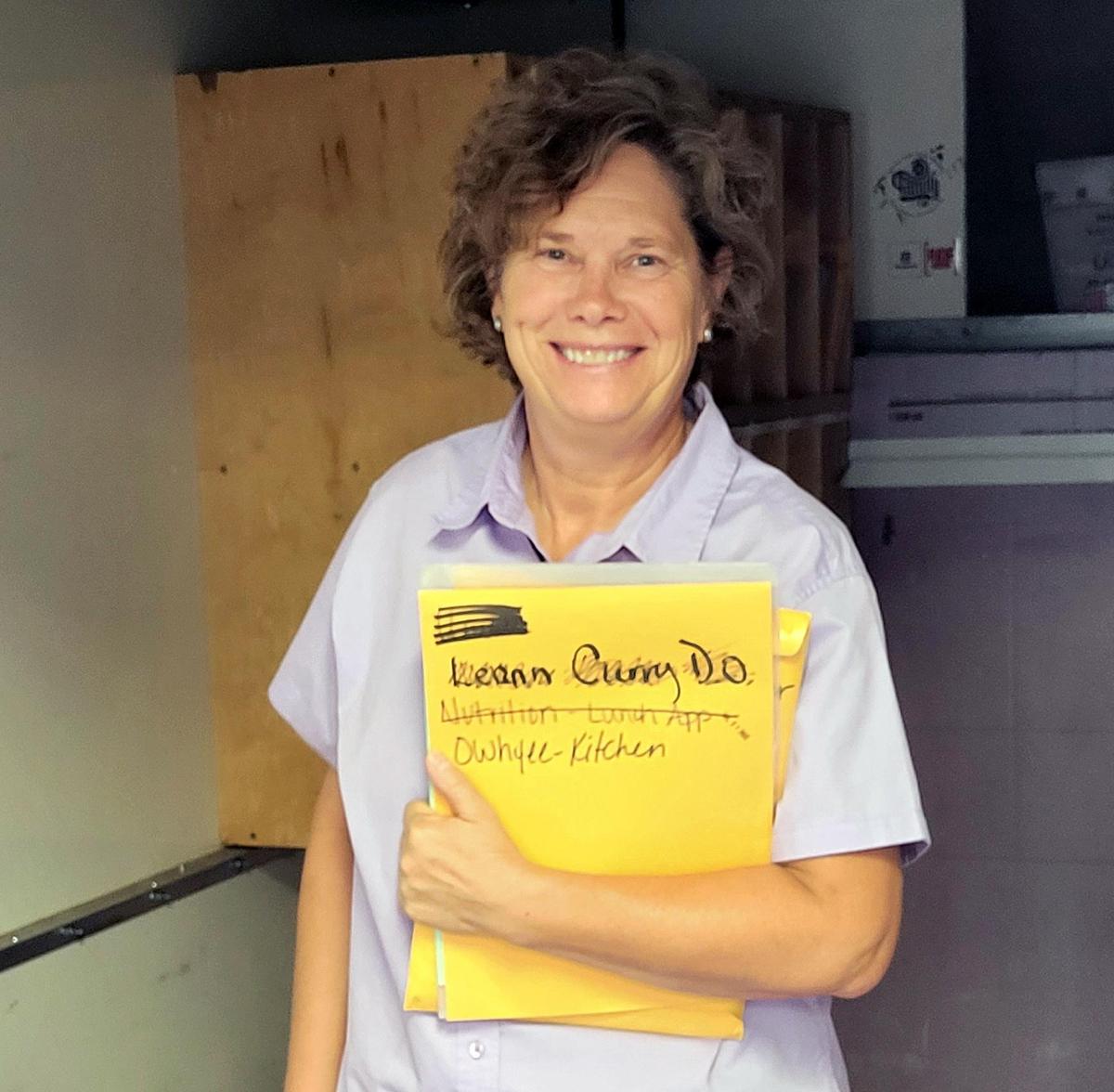 It’s a long way from a small dairy farm in tiny Bloomer, Wisconsin, to Nampa – about 1,500 miles and a lifetime of experience including a four-year stint in the Navy and a decade as a truck driver. But Kristy Richmond wouldn’t trade her journey for anything. Still, after years of living the city life, she’d love nothing more than to get back to her roots.

“As a kid, I got up at 5:30 and fed the calves, then rushed inside to shower and catch the bus to school. We raised animals every year for the fair – cows, rabbits, chickens, lambs. I had a wonderful childhood. Most kids don’t get what I had.”

That’s not to say she isn’t living her best life here in Idaho, working for the Nampa School District for just over a year delivering inter-district mail. Every day she makes stops at each school and department, delivering and picking up items ranging from letters to bags of supplies.

It’s a big change from her last job with the City of Nampa’s Wastewater Management Division, where she worked cleaning sewer lines. She was more than ready to leave after 20 years, although it is where she met her husband, Jeff, whom she married nine years ago. “I was picky – I didn’t want to settle down. But I’m very glad that I did.”

Jeff is the chef in the family, spoiling her with authentic Mexican food and great homemade salsa. The couple work off the calories by hiking at Jump Creek or Celebration Park, and sometimes in Baker city, where Jeff’s mom still lives.

They also spend a lot of time working in their yard, digging up sod and replacing it with decorative rock. She loves spending time out back, feeding birds, squirrels and the ducks that congregate along the canal banks and always look hungry.

Kristy is a huge dog fan. She met her first dog, a little black-and-white mix, in someone else’s yard. “I stopped and he just came running and jumped on me,” she recalled. “I asked, ‘Can I have him?’ and the guy said I could for $50. So I told him I’d be right back. He was such a cool little dog.”

She’s had a number of dogs since then, including Charly, a seven-month-old chihuahua she and Jeff have had since she was six weeks old. The couple also have a cat named Clyde.

Kristy loves spending time with Charly and likes to tease her a little by serenading her in her best fake-opera voice. “She hates it,” said Kristy, “but she comes running. I do that all the time.”

In fact, Kristy loves being with Charly. She has a long list of places she’d like to visit, but she doesn’t want to go without her dog. She has considered buying a small RV so they can travel (with the dog) to places like the Grand Canyon, Bryce Canyon, Glacier National Park and the California Redwoods.

She’d also love to visit a tropical island where she could try out some snorkeling. But, you know, the dog.

With travel on hold, Kristy likes to fill her free time watching a good murder mystery series or a televised game or two. She follows the Green Bay Packers for football and Milwaukee Brewers during baseball season.

Although she doesn’t play sports anymore, she grew up playing kickball with friends, high school softball and, just for fun, mud volleyball at Northwest College in Powell, Wyoming (Go Trappers!). While there, she earned an associate degree in equestrian science.

All in all, she counts life as being pretty good. And she hopes that in the end, she’ll be remembered for being fun and loving, someone who would do anything to help you out. That could be her small-town roots. Or maybe it’s a bit of Idaho rubbing off.