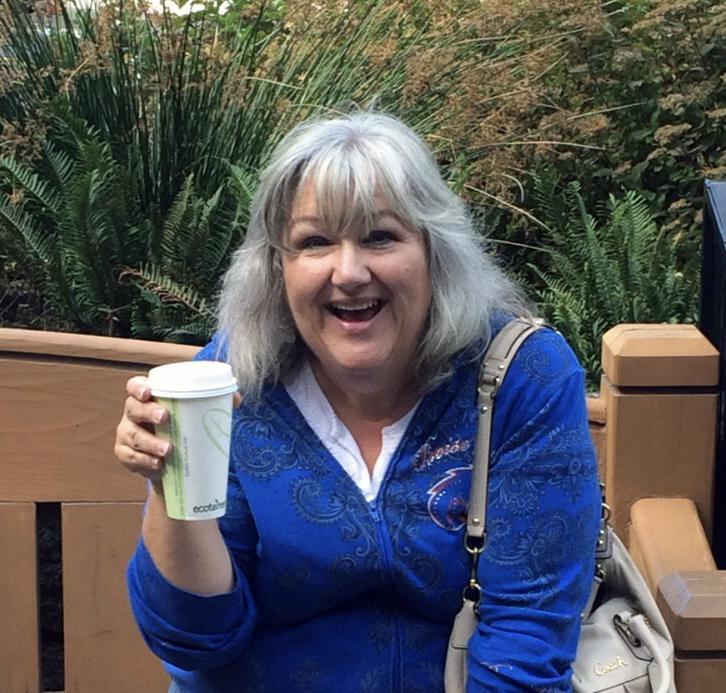 Anyone who knows her knows that Tina McMullen has a heart of gold as big as the state of Texas.

Just ask one of the many exchange students she has housed over the years. This includes two boys from Italy, one from Sweden and another from Germany. This summer she housed two Canyon County Spuds baseball players from California, and she’ll be providing a home away from home for a girl from Denmark this school year.

Or talk to her the coworkers who benefit from the tea and cookies available in her office for anyone who wants to stop by and chat for a moment.

Or one of the 13 grandchildren she goes out of her way to spoil regularly in the backyard paradise she’s filled with kid-friendly attractions such as a playhouse, fort, sandbox, swing set, climbing structures and more – a setting she says falls somewhere between “Disneyland” and “Beverly Hillbillies.”

Or spend some time visiting with the student she has mentored for four years through The Mentoring Network – a task she took on when she thought she was done hosting exchange students. “I thought it was time to turn to students here in Nampa,” she said.

And Tina’s nurturing doesn’t stop with people. She’s also an avid gardener and, since the advent of COVID, a chicken enthusiast. She has 24 chickens to date (she calls them her pets) and continues to add to her brood. “I’m chasing the rainbow,” she said, referring to her goal to collect as many chicken breeds as needed to achieve as many colors of chicken eggs as possible.

Her favorite chicken is a bantam cochin named Jewel. “She is adorable and she’s spicy. She talks back all the time!”

When not taking care of family and friends, Tina takes care of the district’s substitute teachers. She’s been the substitute coordinator for 13 years and took over the job when her mother left the position. As such, she is responsible for the hiring, training and placement of short- and long-term substitutes.

She loves interacting with the variety of people who enlist in this challenging venture but said the last three years have been a challenge.

“COVID changed the nature of the job,” she said. “It used to be that you had lots of notice. Long-term absences were largely FMLA or maternity leave, where you could get one sub to cover it. But with COVID, that didn’t happen. People asked where the subs went. They’re still here, but the nature of the leave or absences changed. Most subs only want to cover about three days a week.”

Prior to working for the Nampa School District, Tina was a contractor with the National Interagency Fire Center (NIFC) in Boise, working in the payment center. But the PERSI retirement benefit and the chance to spend Christmas and Spring Break holidays with her grandchildren won her over to a change.

It also helped that her husband, Randy, also works for the district in the Maintenance Department. The couple have four grown children – two boys and twin daughters – whom she labels her “greatest achievements.”

While she loves her job, don’t expect to find Tina enrolling as a substitute when she eventually retires. She’s looking forward to some serious global travel opportunities. So far, she has visited Mexico (where she was an exchange student in high school), Canada, England, Scotland, Germany, Italy, Sweden and Norway, but there are many more places she’d love to experience.

Her favorite trip so far was to Sweden, where she was visiting the family of one of her exchange students. “The family had a yacht, and they took us to the fjords where we island hopped for a full day. How do you put a price tag on that?”

Travel and cultural exchange play a big role in who she is and what she believes, which is why she has been so willing to open her door to exchange students over the years.

“One big reason I do this is because I want my grandchildren to grow up experiencing other cultures and ways of life. It definitely has made a difference.”

She freely admits hers is not the life course she planned for (she really wanted to be a physical therapist), but it’s one she loves. “You’re never going where you think you are going, so be flexible. It’s a good thing we can’t see into the future, because if you could, maybe you wouldn’t understand where you’re at. It’s better to experience it in its right time.”