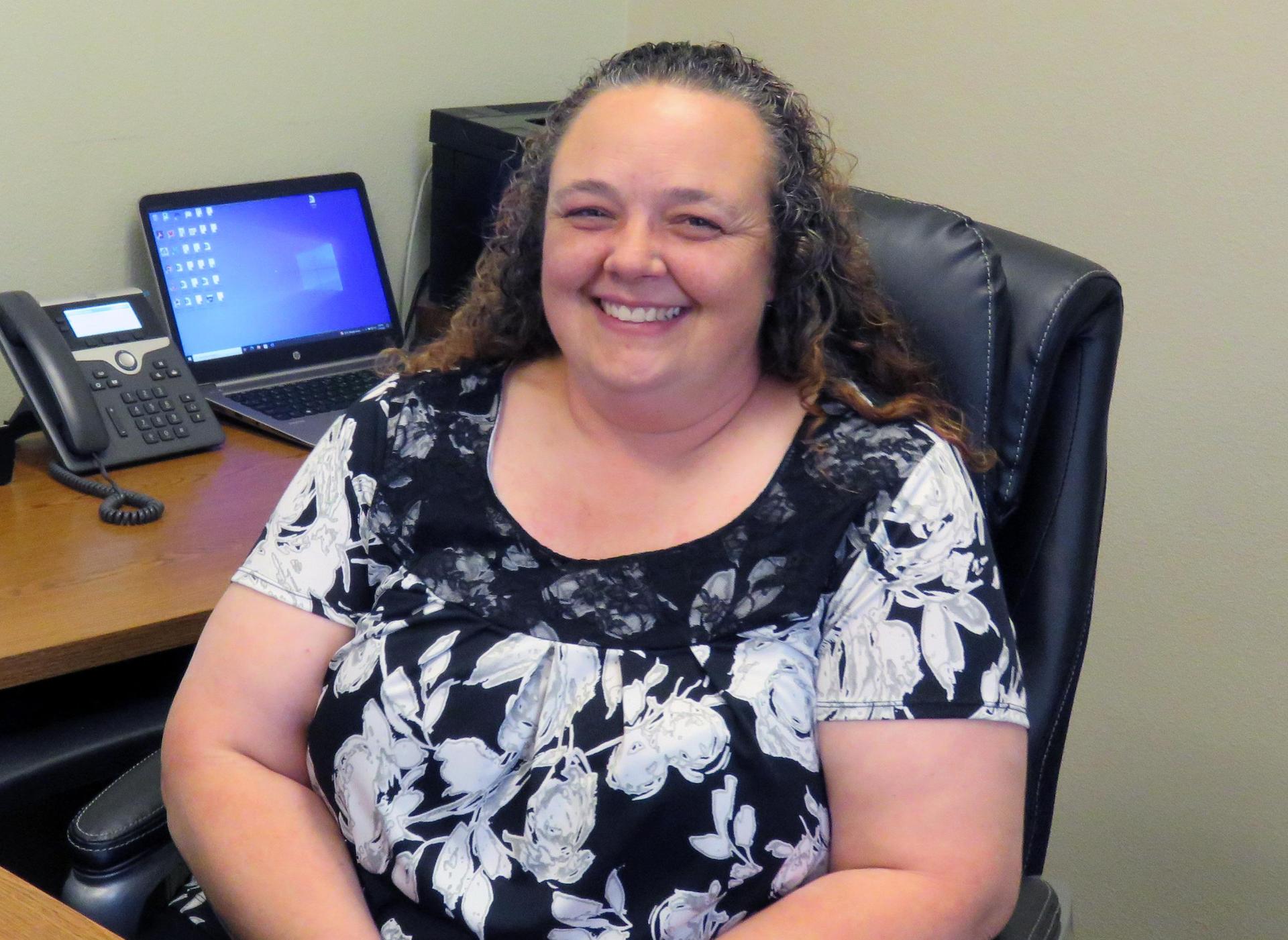 Shawna Burge loves her job. In fact, she’s been loving it since 2000, when she started working in the kitchen at West Middle School. She’s since moved on to become first a kitchen supervisor and now a department trainer working out of the Nutrition Services Office. And while it’s a rewarding position, she still prefers cooking over paperwork.

“I loved cooking in the kitchen. I loved serving students and making them happy,” she said. She also loved the countless cards, pictures, cookies and other gifts she’s received over the years from students who appreciate what she does. Luckily, she’ll still get to visit lunchrooms and work hands-on with staff.

Shawna was originally attracted to the job because it allowed her to be on the same schedule as her kids. A single mom, she has two sons who are now grown. Her oldest, age 28, has two boys of his own and the younger, age 24, is father to a boy and a girl. Two of her grandchildren now attend Nampa schools – one at Snake River and another at Centennial.

While she doesn’t get to cook for them on school days, she does spend as much time with them as possible outside the job. She enjoys taking family vacations to the beach, visiting the zoo or just taking them to the park. “I do a lot with them and we have a lot of fun,” she said.

Like most “people” people, she can’t imagine not being in a position where she gets to work with and serve others. She says if she had to do something other than nutrition services, she’d opt for a career in the medical field, where she’d still be helping those in need.

But she’s not just focused on work and family. She takes time to identify and do fun things for herself. In fact, she’s got a bucket list she’s working on. So far she’s checked off some pretty big adventures, including jumping out of an airplane and zip lining at both Horseshoe Bend and Tamarack. She also hopes to check off parasailing someday soon.

While she loves to travel, she admits she has a passport with no stamps in it. She dreams of visiting exotic destinations like Ireland, Japan or Paris. Until then, she travels domestically at least once a year.

A recent mother-son trip down the Oregon and California coastline involved stops in Newport, a boat trip to Alcatraz and a tour of the Winchester Mystery House.

If she had unlimited funds, she’d love to take herself on a foreign vacation where she could see all the sites and try all the food. “I like going to new places and doing different things,” she said.

Outside of traveling, you’ll most likely find Shawna at a Boise State football game (dressed in plenty of Bronco gear, of course), on the mini-golf course, or curled up on the sofa with a grandchild or two, watching a movie with plenty of popcorn and peanut M&Ms close at hand. She also enjoys a good mystery or scrapbooking her family and travel memories.

“Scrapbooking is my quiet time,” she said. “Sometimes I look through my scrapbooks and think about what I’ve done, where I’ve been and where I’d like to go.”

While Shawna believes she’s had a good life, she does have some advice for her 16-year-old self: “I would tell myself to go to college and get a degree,” she said. “Do all you can do. Don’t be afraid. Always try to do the best that you can and be willing to learn new things.”