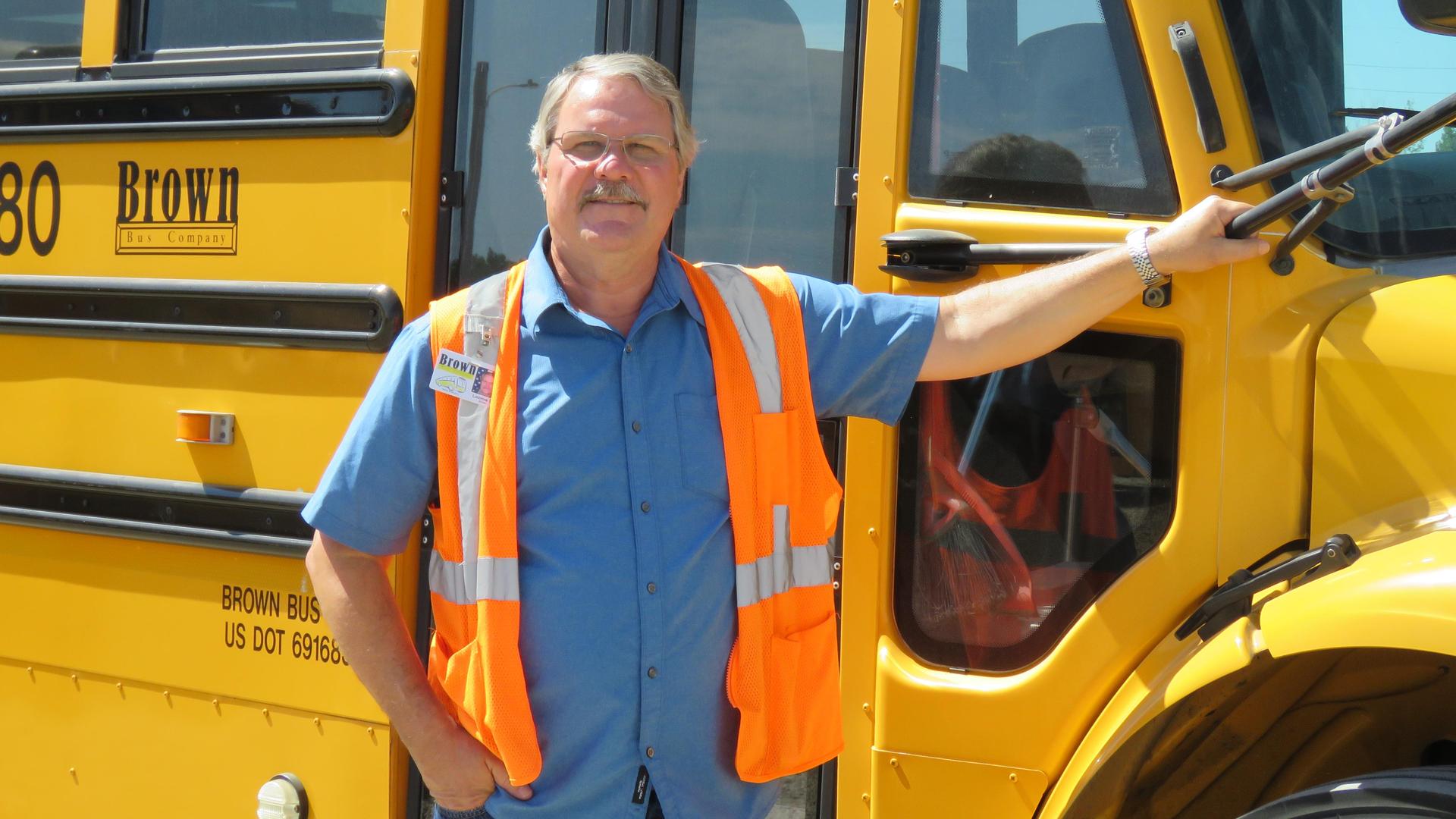 Those who know him best wouldn’t be at all surprised to learn that after 35 years at the Puget Sound Naval Shipyard, Lonnie Dawson retired to Nampa and started a new career as a school bus driver.

That’s because they understand that he’s a man on a mission to enrich the lives of children, one kid at a time.

Lonnie is proud of his work at the naval shipyard – where he rose from shipwright to plannerman to project material manager, even earning the Employee of the Year award in 2001. While in the Bremerton area he worked around aircraft carriers, destroyers and nuclear subs, including the USS Nimitz.

He’s also proud of his four years with the U.S. Coast Guard after graduating from Selah (Washington) High School. While in uniform, he served in California; Alaska; Norfolk, Virginia; and Mobile, Alabama, and especially enjoyed doing search and rescue work.

But he’s just as proud to be a role model for kids who may be in need of strong, stable adults in their lives.

“I’m 65, but I feel good and I need to be doing something,” he said. He considered finding a job mowing a golf course but chose instead to respond to the huge need for school bus drivers. “This is a service job. These kids need to know that someone will be there for them beyond school.”

Being there for them includes providing things to stimulate their minds (free books, worksheets and trivia questions), making sure they’re connected with needed services (food and clothing), finding ways to help them sit still and manage behaviors (rewards and seating charts), and providing positive encouragement and advice (like “always do the little things” and “take one step at a time”).

“My job is exciting!” he said. “I learn something new every day.”

Lonnie is just as passionate about taking care of his own family, which includes two children of his own and five grandchildren. His son and daughter-in-law live in Kirtland, Washington, with his three granddaughters. Lonnie and his wife of 36 years, Valerie, moved to Nampa to be closer to his daughter, son-in-law and two grandsons.

He loves helping his grandkids with science experiments, sports and growing into better people. He enjoyed helping his own children earn ribbons at science fairs, and even launched a science fair when he was on their middle school’s PTA board.

“The first year, only five students entered,” he said. “The second year, there were ten. Then the whole school got on board.”

That was a great moment for Lonnie, who has always appreciated people who not only get things done but do so in a humble way. Folks like a former shipyard commander who rose to the rank of admiral, but still took time to give Lonnie a big hug when he passed by on the sidewalk. That made him want to learn how to be a mentor to others and make a difference.

After years of giving his time as a school volunteer, coach and science dad, he served as a member of the Bremerton school board, where his favorite activity was handing out diplomas to graduating seniors. He said he was just as thrilled this past year when a brand-new kindergartner thanked him for driving the bus so they could go to school.

“I get to see the full circle, from graduates to kindergartners.”

When not behind the wheel, Lonnie enjoys playing golf and fishing. But don’t expect to see him doing much of that. Not while he has grandchildren (and school children) to raise.