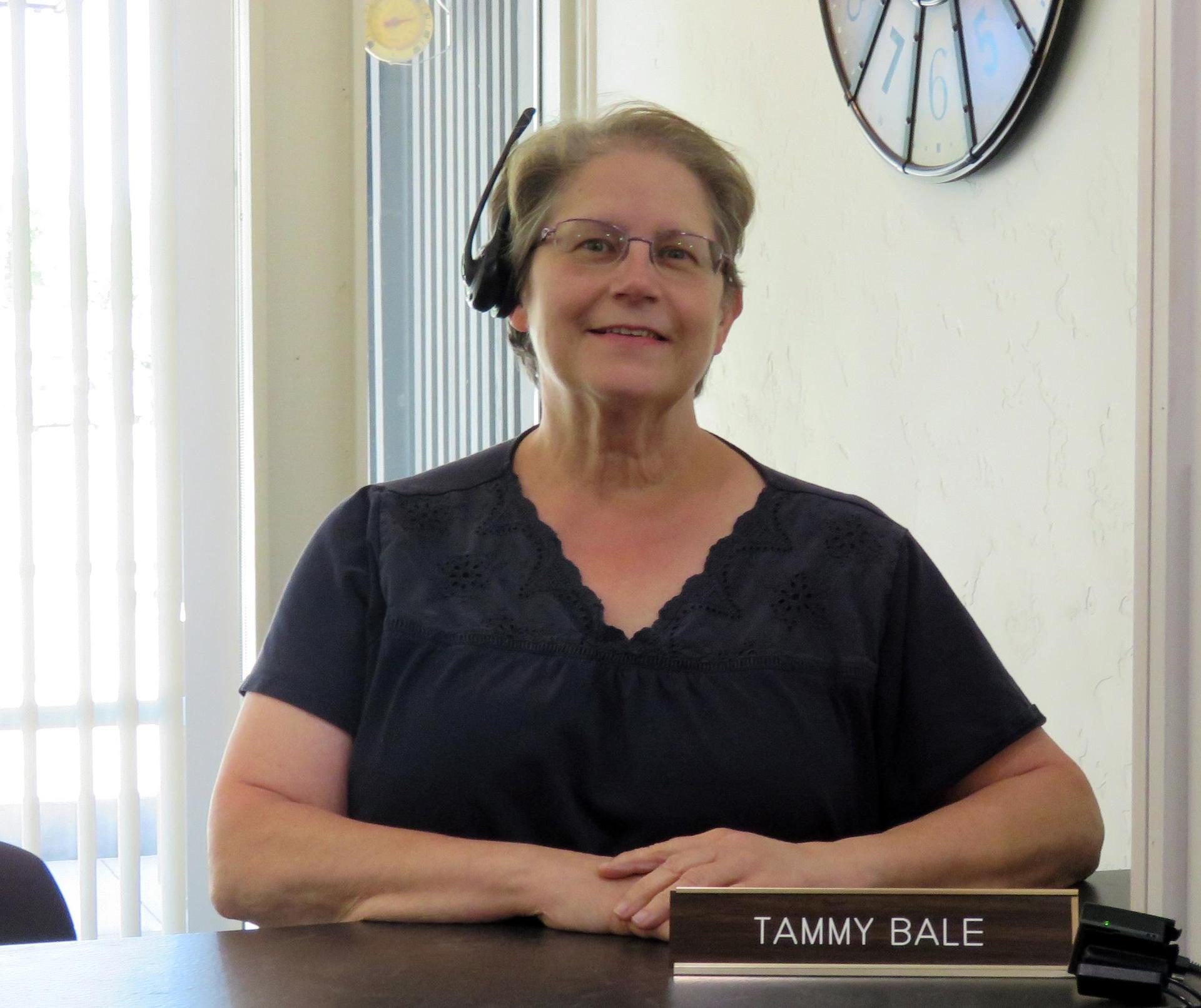 Given a choice, Tammy Bale would rather be at the beach. Pretty much any beach will do.

“It’s a happy place for me because I love the ocean,” she said. “The sound of it, watching the waves. I love the power of it hitting your legs, the smell of it …”

Given that the nearest ocean is approximately 500 miles away, ducking out for a stroll through the surf is not always possible. Luckily, she also enjoys working as a secretary at the District Office, where she greets and directs visitors, answers phone calls and does whatever she can to assist patrons alongside her colleague, Gracie Buenrostro.

“I enjoy the people we get to interact with,” she said. “Even if they come in upset about something, it feels really good to work with them, calm them down and take some time to help them.” She also enjoys the flexible environment and the kindness of her coworkers. “I really love my job.”

Tammy has been a fixture at the District Office for two years, after spending about a year as a substitute in various buildings across the NSD. Previously, she worked as a parts counter person at Lincoln Hyundai Dealership in Yakima, Washington, before moving to Nampa a few years ago to be closer to her son and his family.

Family means the world to Tammy. She has been happily married to her husband, Randy, for 42 years, and the couple have three children – Nathan, Andy and Timm – and seven grandchildren, two boys and five girls.

“Randy is my best friend,” she says, recalling how they met when she was a senior in high school at a church roller skating activity. That was in 1979. In January 1980 he proposed, and the couple married that August.

Four of Tammy’s grandchildren (all girls) live here in Nampa. She sees the others as often as possible. “I’m really good at being a grandma,” she said. “I love going to volleyball, tennis, school programs, church programs, and spending weekends with them. I value the time I get to be with them.”

Sometimes outings with the grandchildren play right into her lesser-known passion for dinosaur and alien movies. And yes, if you’re wondering, she would recommend the new “Jurassic World” film – “It wasn’t the best, but it was entertaining!”

Most people also don’t know that she is a fan of big band music, along with the iconic 1940s hairstyles, dances and clothing.

While she doesn’t have a lot of regrets, she would change a few things if she could do it all over again. She’d like to travel more – her goal is to one day make a trip to Israel, but she wouldn’t say no to any of the amazing destinations the United States has to offer. Places like the Grand Canyon or Mt. Rushmore. She also wishes she had applied herself more as a young woman.

Her advice to her 16-year-old self would be to study harder in school. “I did decent in school, but I could have earned scholarships if I had applied myself and not been afraid to do more. Put yourself out there.”

In the end she wants to be known for living a true and honest life. “I want to be remembered as someone who loved others and was a good example of what I believed in.” So far, so good.