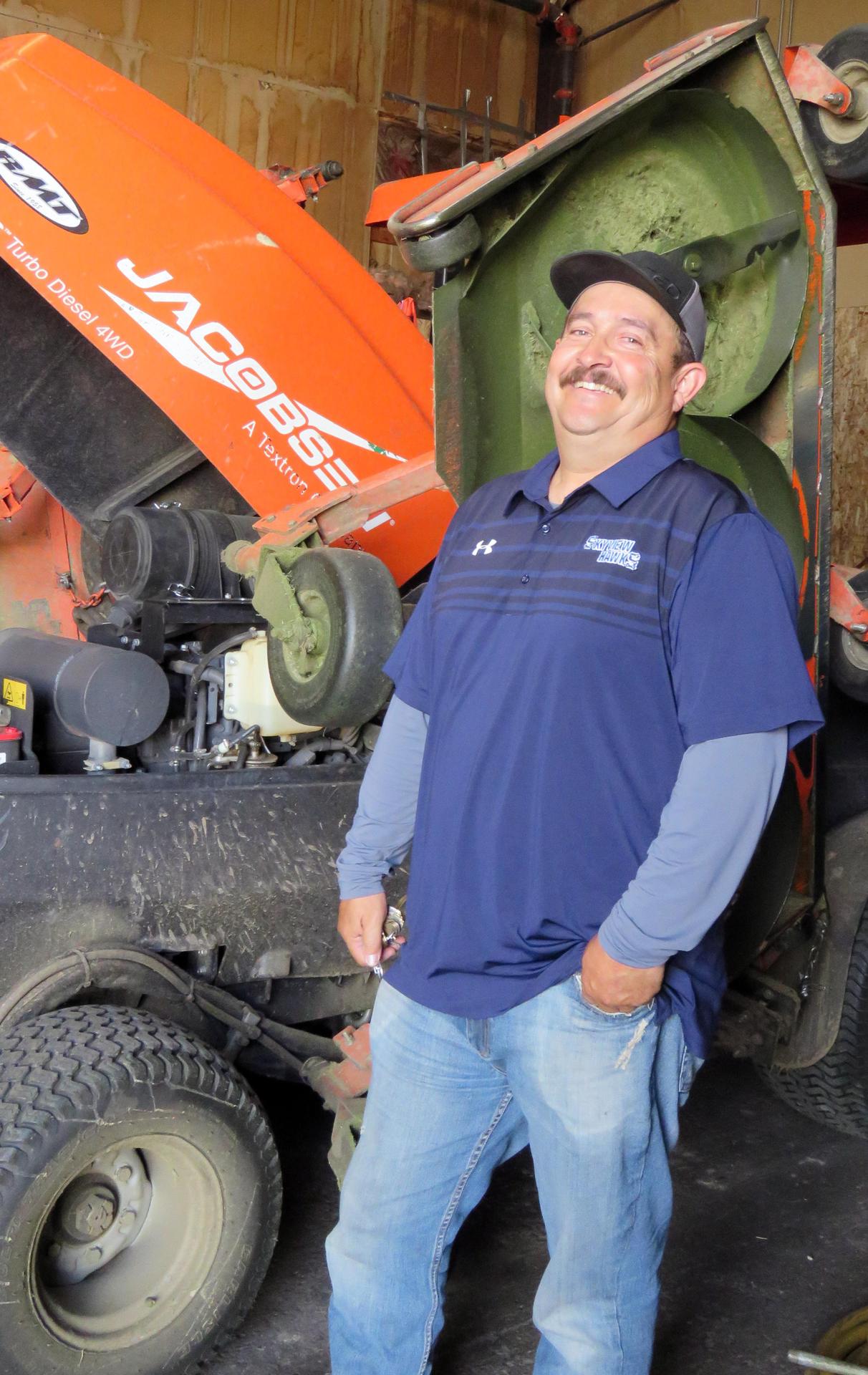 If you don’t already know Leo Esparza, he’s not hard to pick out in a crowd. He’s the one flashing an infectious smile and enjoying life and all it has to offer. And nothing makes Leo happier than being with his family. That’s a lot of joy, because he considers both his home and work companions to be family.

Leo works in the NSD Maintenance Department doing a little bit of everything – landscape, engine repair, work orders. It’s a job he’s held for more than 24 years and he can’t imagine a better life.

“My goal was to raise up my kids and NSD offered the best opportunity to do that,” he said. “Everyone here has taught me a tremendous amount and everyone is treated well. They have given me a lot of opportunities to learn and grow. It’s what people do for their family, and they are my family.”

In addition to his NSD colleagues, Leo’s family includes his wife of 30 years, his son, his daughter and a large extended family (he grew up as No. 11 out of 12 children). Both of his children are College of Idaho graduates and his daughter is now earning her master’s degree at NNU and hopes to become a lawyer.

Like his kids, Leo attended Nampa High School, where he graduated in 1992. A perfect day for him would include watching a football game at Bulldog Stadium or attending another community event on the iconic campus he still enjoys visiting whenever he can.

But don’t mistake him for a homebody. Leo loves to travel and has an extensive bucket list he is working to check off. He’s already visited Italy (where he hopes to return to see all the things he missed the first time), France, Spain, Germany, Switzerland, Jamaica, the Dominican Republic and the Bahamas. He also enjoys an annual trip to Cancun, Mexico, with his wife, where he appreciates the resort life and the warmth of the beach.

He'd also like to travel through time – it’s the one superpower he wishes he had. A history buff, he would love to experience different eras and bygone cultures.

Like the rest of us, he does have his worries, particularly the current economy and rising cost of living that is affecting so many. “It’s hard right now. What if I wake up and don’t have a job?”

But true to his nature, if given $10,000 to spend any way he wanted, he wouldn’t spend a cent on himself. “I would give it away to help care for children or to an animal shelter,” he said. This response is likely based on his relationship with his own three dogs – a golden retriever, a Labrador and an English bulldog.

“They are all so friendly, and their love is unconditional,” he said. “They always appreciate you. They have changed my life and I’ve learned so much from them.”

“NSD Faces” is a new series to introduce you to employees of the school district. If you would like to nominate an employee for an NSD Faces profile, email their name, title and contact information to [email protected]