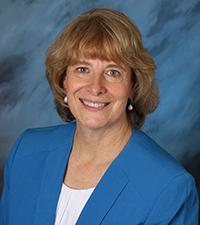 “Today, I made a difference.”

The teacher I was speaking with shared her story with tones of reverence, hope, and excitement. It was clear that she’d had a tough week and she was tired – perhaps the rainy weather had caused one too many indoor recess days, perhaps there was a difficult conversation with a parent or colleague, perhaps her lesson did not go as she had hoped, perhaps her classroom had to participate in yet another required national benchmarking test, or perhaps something was not going well at home or with her own children. But that day, in that moment in time, she had made a difference for a student.

It was really quite simple – she noticed an unnatural quietness in one of her third graders and asked, “What’s up. Is there something wrong? Anything that I can do?” With tears in his eyes, he shared that his mom was going to see the doctor today. He was worried. He was not focused on the task at hand. The teacher found a way for the student to use the phone and check in with his mom.

Mom was going to the dentist. Routine. Nothing out of the ordinary. For the student, however, the chance to check in with her made the difference, eased his mind and allowed him to return to the classroom and meet the challenge of the task. As the student left for the day, he waited for the other students to leave the room. He quietly hugged his teacher and thanked her for asking the question. That unsolicited thank you meant she had made a difference in his life that day. She was encouraged, she was motivated, and she remembered the reason she was a teacher. It was a good moment.

The teacher could have started the conversation with, “Why aren’t you working?” Instead, her question was about the student and discovering what was beneath the behavior. Her caring words made a difference.

Manny Scott, a national speaker, reminds his audience each time he speaks, that “even on a bad day, we could be the best thing that happens to a student.” The kind word offered to the teenager serving shakes at Sonic, the “go ahead of me” nod in the grocery store line, the polite wave of the hand at the cross walk, the few minutes a week it takes to mentor a student, your attendance at a school musical, play, athletic event or other school event, or even just the casual conversation of interest at church, in the neighborhood or wherever you interact with children and youth. If you are in the classroom, it could be the greeting at the classroom door, the smile of encouragement, the caring question about a sibling, the acknowledgement in the hallway, or the comment about last night’s game.

Even on our worst day we could be the voice that makes a difference in the life of a child. We could say the words that make a child feel valued and loved. Our children. Nampa’s children. So, today how can we make a difference? Who can we notice and ask, “What’s up? Anything that I can do?”

Columbia High to Host State of the City Address

Columbia High School will once again be the site of Nampa Mayor Debbie Kling’s State of the City Address. The event is at 4 p.m. March 20, with a reception to follow at 5 p.m. The address is free.

Drew Williams has been named the Region 3B Educator of the Year by the Idaho Middle Level Association. The award was announced earlier this month at the association’s state conference held in Caldwell. Williams is a Nampa personalized learning (NPL) instructional coach as well as a digital photography and yearbook teacher at Lone Star Middle School.

Competitive video gaming — known as esports — is offering a unique opportunity for two dozen Nampa High School students to find their place while exercising their passion. While many believe esports is little more than a hobby, CNN calls it “an explosive billion-dollar industry.” Players can learn programming, play on Twitch (an online streaming platform) and even earn scholarships. As players adopt roles and apply strategy, they also learn coordination, communication and leadership skills. The team is coached by James Klimek, a Nampa High social studies teacher.

Centennial Elementary is halfway through its second year as an arts-integrated focus school, and the results are encouraging. IRI and ISAT test scores are up and kids are more involved in their learning. Research also shows that integrating the arts with other disciplines can reach students who might not otherwise be engaged in classwork.

Arts-integration is aimed at enlisting the arts as a tool to help kids build connections in the classroom. Some other district schools also have adopted a particular focus, including mastery-based education, project-based learning, and blended and personalized learning.

A Nampa School District committee currently is reviewing the district’s graduation requirements, which haven’t been revisited for several years. Parents and community members are invited to a public meeting to learn more about the project from 6-7:30 p.m. Thursday, March 14, in the East Conference Room at the Nampa School District Office, 619 S. Canyon St.

The Nampa High Cheerleaders were named 4A District Champions, while scoring first in show, first in pom, first in sideline and first in stunt. They will compete at the Idaho State Finals on March 16 at the Ford Idaho Center.

Abigail Taylor at KBOI Channel 2 did this story on how extended resource students at Iowa Elementary are using board games to improve reading skills. https://bit.ly/2T6ClSY

2017 Nampa High grad Ben Campbell, now an engineering student at NNU, was featured in a KIVI Channel 6 story about a satellite he helped design and build for NASA’s MakerSat program. Campbell will also represent the United States in August in an international career and vocational skill competition held in Russia. https://bit.ly/2IHErny

Congratulations to Central Elementary for earning a PK12 Innovative STEM Project Grant: The grants fund creative STEM programs that are hands-on or project based.

Nampa High senior Sebastian Griffin is in the news for his bill to allow for more scheduling flexibility for high-performing students. https://bit.ly/2tGLP8j

This list represents a sampling of district events. Events are subject to change. For a complete calendar of events, visit our individual school websites.

March 12: School Board Meeting, 6:30 p.m. at the District Office Board Room