Below is a recap of the January 21, 2020, Nampa School Board meeting. Supporting documents can be found at https://www.boarddocs.com/id/nsd131/Board.nsf/Public.

The meeting was called to order at 6:30 p.m. Chairman Allison Westfall and Trustees Mike Kipp, Mandy Simpson and Kim Rost were present.

Swearing in of Trustees: Trustees Mandy Simpson and Mike Kipp were sworn in to their new four-year terms.

Trustee Business: The board discussed Idaho Code 33-512, which outlines the role of district trustees. They then reviewed and signed the Trustee Code of Ethics and confirmed the second Tuesday of the month for regular board meetings. Work sessions and special meetings will be held on the fourth Tuesday of the month as needed. Policy #1200, which outlines the Annual Organization Meeting, was discussed. 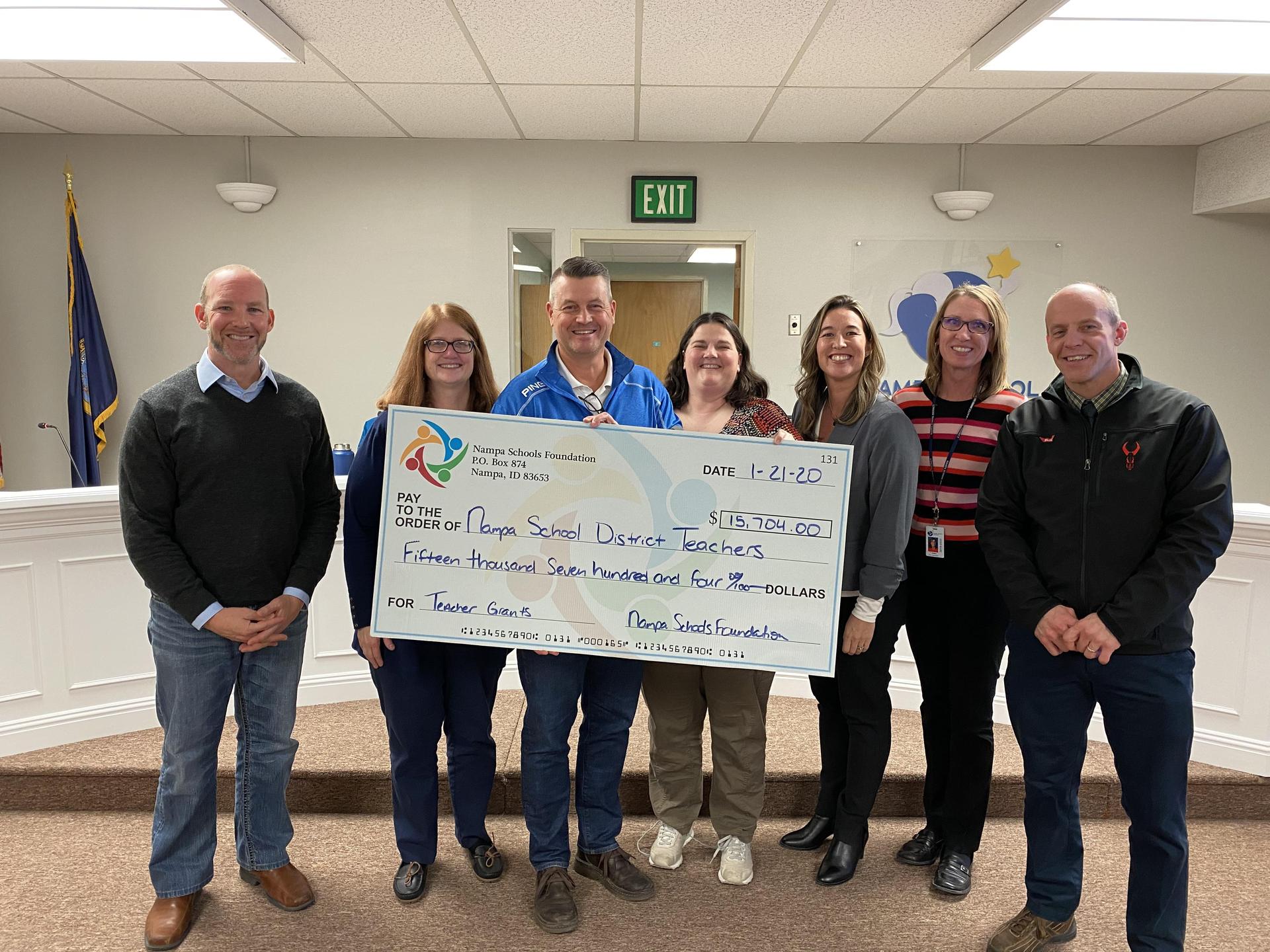 Nampa Education Association Comments: NEA President Eric Maine reported that members met with representatives from other associations for strategic planning. He said he is excited about an Idaho Education Association initiative called Schools our Students Deserve. That will be achieved by working with legislators to lobby for resources for schools. Locally, NEA is working to support the levy advocacy committee, as well as the contract negotiations and calendar committees. Other committee involvement deals with insurance, certificated evaluations and the maser educator premium. Finally, he reported that he and David Tjaden presented at the fall NCUEA conference on the NEA’s membership campaign.

Trustee Comments: Trustee Westfall said she had attended the levy advocacy committee meeting and reported that the group will meet again at 7 p.m. Jan. 23 at the Boys and Girls Club. She also attended a Nampa High School Booster meeting with advocacy group chair Bob Otten.  Trustee Simpson reported that she was at the Capitol over the weekend and attended dinner with the governor on Sunday. On Wednesday, she will attend the negotiations team meeting.

Public Comments: District patron Dan Kelly expressed concerns with the district’s math program. He would like to see more business math and financial literacy courses. Superintendent Paula Kellerer commented that his concerns align with work being done by the graduation requirement committee.

Joy Thomas, our regional representative with the Idaho School Boards Association, said she is visiting boards in Region 3 to understand our successes. She asked trustees to email her concerns and areas where the ISBA can be supportive. Also, she asked for their thoughts on training that the ISBA might be able to provide.

Bob Otten, chair of the levy advocacy committee, reported that the committee has met and begun planning and rising funds. He said PTA representatives have been invited to attend the Jan. 23 meeting. Finally, he reported that Brown Bus Company has offered its buses to display banners in support of the levy.

The following consent agenda items were approved by the board:

Approval of Permanent Easement: A permanent easement request to accommodate city water services was received for property owned by the district near the Nampa Airport. Trustee Rost questioned why the request did not include financial compensation. Lance Thueson, who requested the easement, said the section would run along an existing easement used by the neighbor to the north, who sold the district the property, and would not encroach any farther on district property. The request was approved.

Health Curriculum Advisory Committee Composition and Charge: Instructional Specialist Cindy Dion and PBI Coach Phyllis Vermilyea presented the list of committee members and their charge to select new health curriculum, which will include a blend of traditional and open educational resource materials. More than 30 people applied to be part of the committee, which will include input from professionals as needed. Discussion ensued regarding the inclusion of sensitive topics such as social and emotional learning, mental health and reproductive health. The committee and charge were approved as presented.

Legislative Position on Idaho Core: In light of the Legislature’s debate on the Idaho Core, the board voted to continue its support of the standards, which form the basis of our curriculum and assessment.

Facilities Committee Update: Director of Operations Peter Jurhs reported on a list of facilities maintenance priorities that includes bids, estimates and school locations. A more user-friendly version of that list will be added to the website.

Board Clerk Job Description: Chairman Rost will work with district administrators to define a job description for the board clerk that considers our current clerk’s duties with possible inclusion of duties found in the ISBA job description. Board Clerk Tammy Wallen was appointed to continue serving as clerk through this process.

Appointment of Board Treasurer: Finance Director Randy Dewey was appointed Treasurer for another year.

Discussion of and Appointment of Legal Counsel: Board policy requires trustees to appoint legal counsel at the annual meeting, but our legal contract goes through June 30, 2020, due to the difference between the district and fiscal years. The board voted to approve the contract with Hamilton, Michaelson and Hilty through the end of June, when it will be revisited.

Supplemental Levy Education Update: Communications Director Kathleen Tuck presented an update on communication efforts for the upcoming levy. The district has worked to align tactics with comments and concerns gathered from district patrons following the November election. Efforts this time around include finding ways to get information to people where they are – at businesses, homes, etc. In addition, additional efforts are being made to educate parents and staff, including videos, school and PTA visits, and a robust web presence. Information is available at nampa.school/levy.

First Reading Policy #5230 - Accommodating Individuals with Disabilities and #5235 - Staff Health: These policies were approved for a first reading as presented.

First Reading Policy #8300 - Emergency and Disaster Preparedness and #8320 - Emergency Response Drills: These policies were approved for a first reading as presented.

Superintendent Comments: Superintendent Kellerer reported that the school handbooks are almost all revised and online. She stated that the district is in conversation with interested parties for both the Block and Parkview buildings. She said she will be meeting with Sen. Rice next week to discuss his proposal for a 1 percent sales tax increase to fund schools. She noted that the Graduation Requirement Committee is reconvening, and the levy advocacy group will be meeting at 7 p.m. Jan. 23 at the Boys and Girls Club. Finally, she reported on recent and upcoming travel for district administrators.

Adjournment: The board recessed into executive session at 8:48 p.m. to discuss a personnel and student discipline issue. They resumed open session at 9:04 p.m. where they took action to expel a student. The meeting was adjourned at 9:05 p.m.